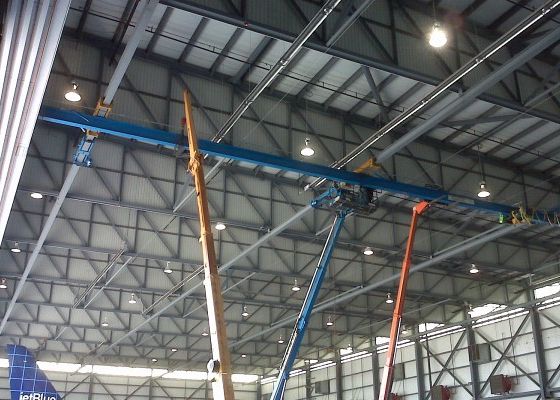 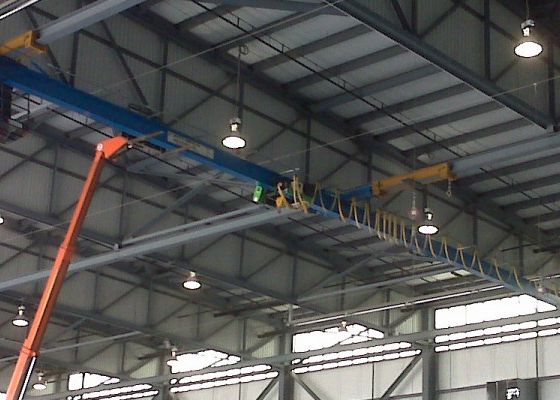 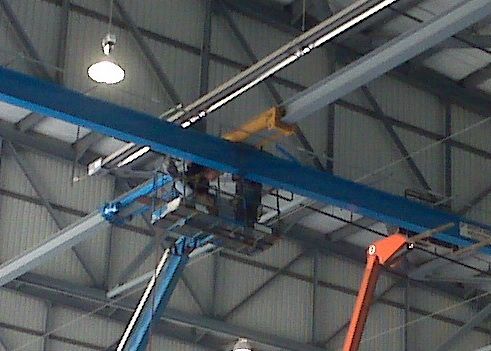 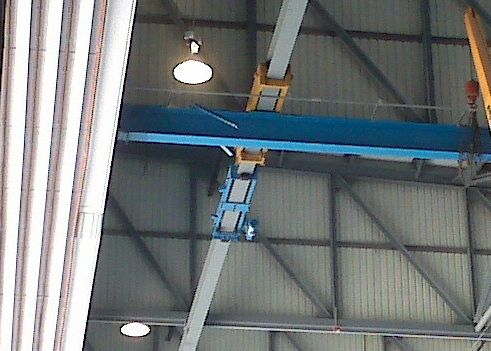 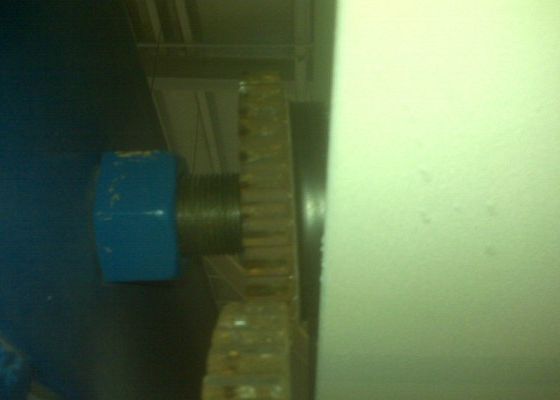 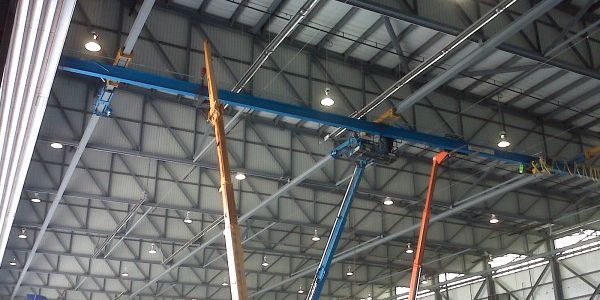 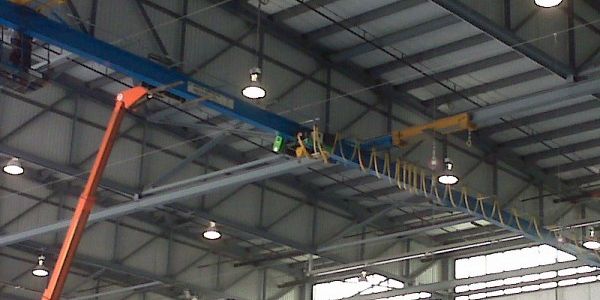 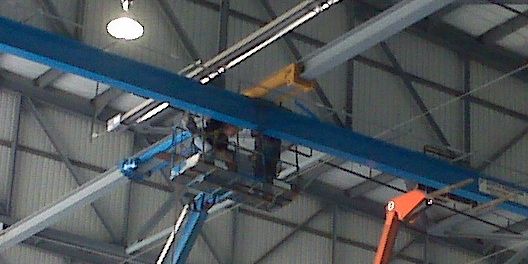 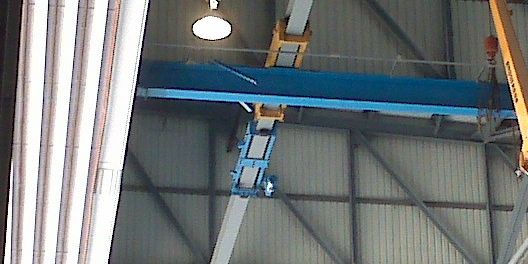 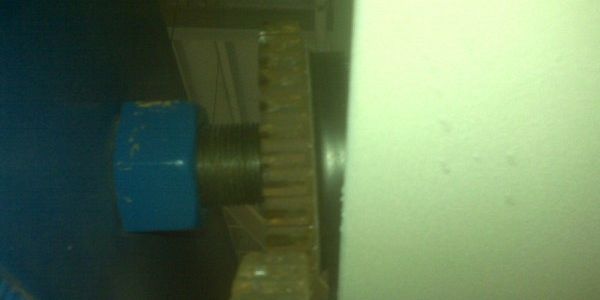 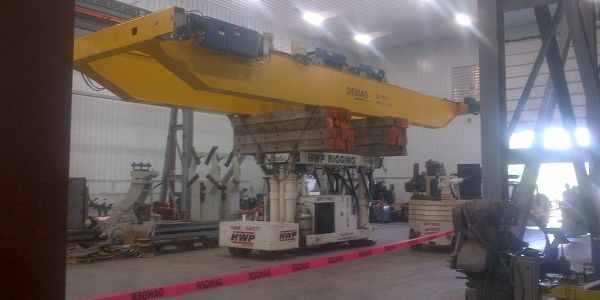 Embraer requested Excel to inspect their two-year-old crane system to see why it would not travel up and down their runway. After inspecting the crane system, we found that the axles on the end trucks were bent. After identifying the issue, Excel went back to the customer to confirm the findings. (See photo of bent axle in photo gallery on previous page).

Excel’s engineers calculated the loadings on the wheels and found the crane by itself, and the hoist, maxed out the wheel capacities with no load being lifted. Excel Industries sized the correct end truck assemblies and was contracted to install them. Due to lack of floor space, the crane could not be taken down and the end trucks had to be changed out in the air.

After job was completed and load tested, Excel Industries was again contracted by Embraer to do the same job in three additional locations; Fort Lauderdale, Mesa Arizona, and Pennsylvania. Each location only took 3 days to complete.